6 Persons Die During Rescue Off Malta; 235 Migrants Reach Malta Over Past Week

A rescue operation that began last week off Malta was successful in saving 158 persons on board two separate migrant boats.  Six persons died.  Two fell into the sea and were lost while being transferred from their boat to a passing merchant ship, the Victoria VI.  Two died on board the migrant boat before the rescue.  And two died after the rescue.  The 68 survivors were rescued by the Victoria VI on 14 August.  They were then transferred to AFM vessels and taken to Malta.  An AFM patrol boat rescued 90 other migrants from a second boat on 15 August.  The migrants are reportedly from Somalia and Eritrea.

A third boat carrying 77 migrants was rescued yesterday, 20 August, by the AFM.

Click here for AFM press statement and here for article. 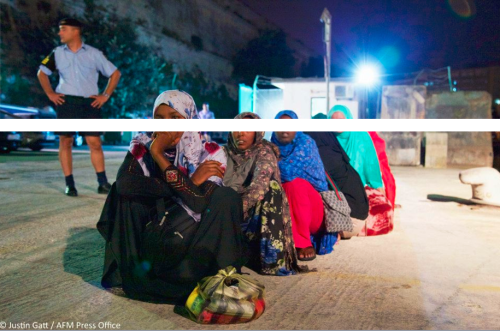 One response to “6 Persons Die During Rescue Off Malta; 235 Migrants Reach Malta Over Past Week”