As I have noted before, there are situations such as these where the destruction of a migrant boat may be perfectly legal and appropriate. Assuming reasonable measures can be taken to avoid or minimize environmental damage, the destruction in international waters of an unflagged and unseaworthy vessel would seem to be legal.

Ralf Nagel, the Chief Executive Officer of the German Shipowners’ Association (VDR), last week called on Germany to deploy Navy vessels outside of the Frontex Triton operation zone and closer to the coast of Libya where private merchant ships are often the first to encounter migrant boats in distress. At least two German Navy ships were in Crete last week waiting for deployment instructions. “Deploying the [German] Navy in that part of the Mediterranean would not only send a strong political signal to Brussels, it would also be an important message for the shipping industry, which is doing all it can. And above all else: it would save the lives of innumerable refugees. Rescuing people at sea ought to be the responsibility of navy and coast guard vessels as a rule. … [W]e therefore demand that the boundaries within which maritime rescues are conducted by government forces be expanded beyond the Triton zone.”

According to the Frontex Annual Risk Analysis 2015, private merchant ships have been conducting an ever increasing number of search and rescue operations in the Mediterranean. In December 2014, merchant vessels accounted for just under 40% of the SAR operations. (See graph below map.) 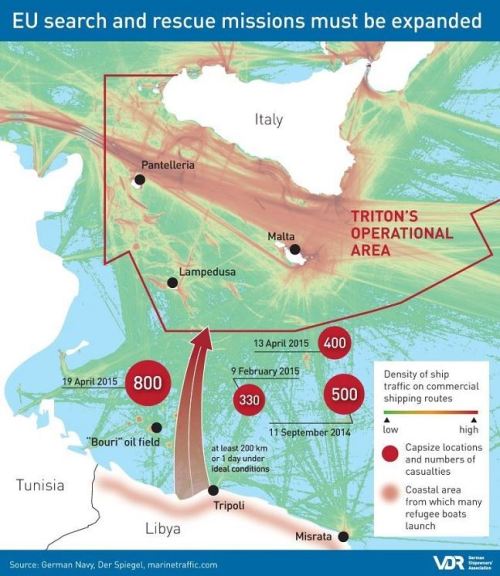 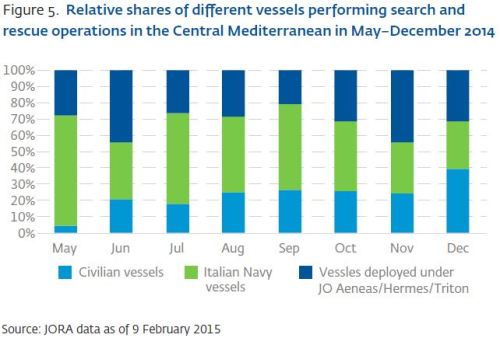 Two NATO ships, the Polish warship Kontradmiral Xawery Czernicki and the German warship Datteln, rescued 9 migrants in an inflatable boat on 16 June.  The incident occurred 80 km off the Spanish coast.  The German warship initially provided water to the migrants on the inflatable.  Spanish rescue services were notified when it appeared the migrant boat was taking on water.  A Spanish Salvamento Marítimo boat took the migrants on board and transported them to Spain.  The two NATO ships were participating in NATO Operation Active Endeavour which is the post-9/11 anti-terrorism operation in the Mediterranean and northern Red Sea aimed at protecting merchant vessels against attacks by terrorists. 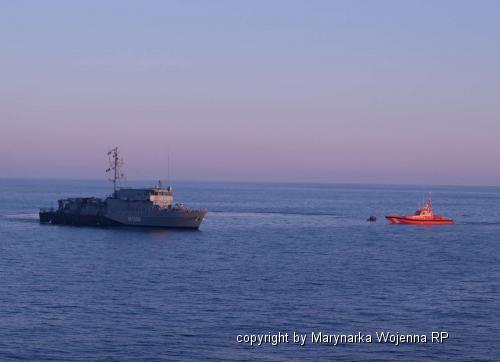